← back to
First Word Records
Get fresh music recommendations delivered to your inbox every Friday.
We've updated our Terms of Use. You can review the changes here.

A Love Requited - The Remixes 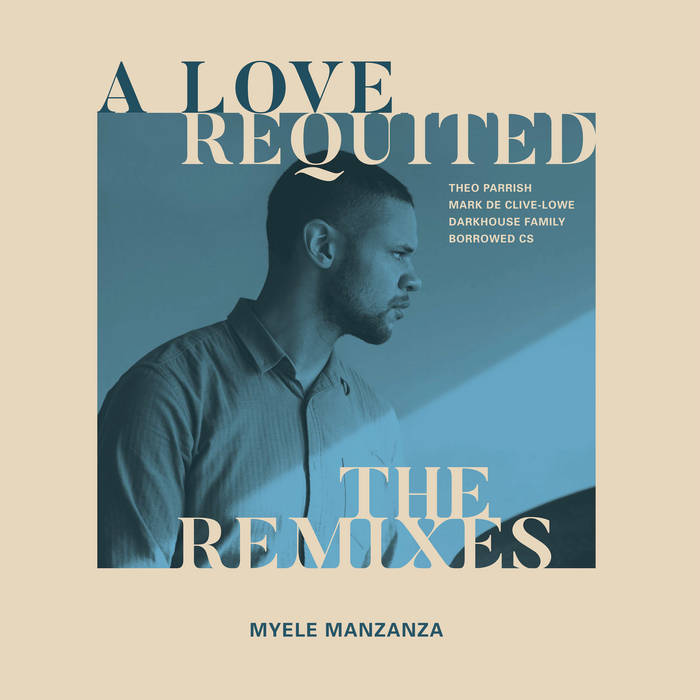 Following on from Myele Manzanza's acclaimed 2019 jazz album, 'A Love Requited', we have a 2020 addendum to that project; an EP of remixes by a set of diverse musicians from all corners of the globe.

Detroit legend Theo Parrish starts off the proceedings. Theo & Myele have previously worked together on various projects over the years, such as with live outfit, The Unit, whilst Myele's 'Surgery Session' of Theo's track 'Moonlight' was picked up by The Vinyl Factory last Summer as well. On his remix of 'Itaru's Phone Booth', Theo maintains the tempo & structure of the original track, whilst tempering the horns and adding some spaced-out keys & a little low end theory to the equation, making this a flip seasoned with Theo's unique flavour.

Mark de Clive-Lowe follows with the most uptempo track on the EP, a delightful bruk refix of 'Big Deal'. Fellow New Zealander, regular collaborator (notably on Manzanza's sophomore album 'OnePointOne') and hugely respected musician in his own right, MdCL delivers a hefty groove direct for the clubs; heavy drums & sci-fi synths lead the way atop of the original's powerhouse horns, switching up with some MAW-esque 4/4 tribal business to close out.

Cardiff's finest, Earl Jeffers & Don Leisure, aka First Word label-mates Darkhouse Family, kick off the flipside with their take on the appropriately titled 'Family Dynamics'. Fresh from their solo & combined projects (producing for Kamaal Williams, running house label Melange, and creating beat-tapes like Halal Cool J & Shaboo), the duo turn out some punchy boom-bap vibes which pulsate throughout the track, accompanied by some sweet vocal hooks, transposing the original into a plucky heads-down neo-soul tinged stomper.

Borrowed CS is another New Zealand artist that's been bubbling away in the underground NZ electronic scene for several years now, as a DJ and a musician. He ends this selection of remixes, taking the original jazz components of 'Pencarrow' and transforming it into a synth-boogie lead piece of brooding broken beat - a 'Clear Path Depiction' even.

The son of a Congolese master percussionist, Myele Manzanza's roots in jazz and African rhythm are well established. Adding his long-time influences of hip hop and dance music into the mix, this EP exemplifies his approach to fusion, and his persona as an ever-evolving artist, drummer & composer. Since his days as part of Electric Wire Hustle, he had his debut release on BBE, has released three solo albums, and done tours & collabs with folks like Jordan Rakei, Miguel Atwood-Ferguson, Recloose & Amp Fiddler. Since moving to London from New Zealand late last year, he has already shared stages with Hiatus Kaiyote, The Bad Plus & Alfa Mist, rocked The Jazz Cafe & Ronnie Scott's, and ably demonstrated his DJ side-hustle chops at stations like Soho Radio, Worldwide FM & NTS, as well as behind the decks in a few danceries across the capital, and behind his drum kit daily.