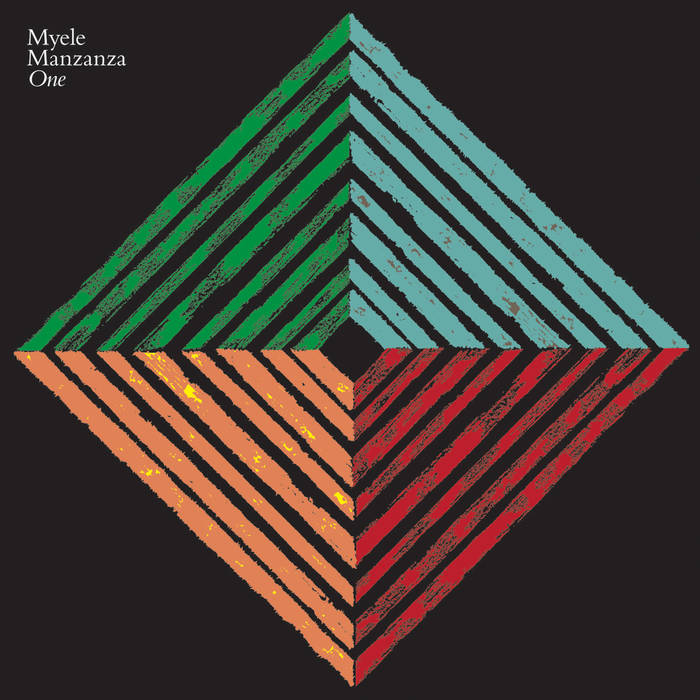 The driving rhythmical talent behind Electric Wire Hustle steps out from behind the drum kit to release his first solo album ‘One’. At just 25 years old the musically prolific Myele Manzanza has not only held down the drums as part of New Zealand’s Electric Wire Hustle for the past 5 years but has also drummed for many other NZ bands including Olmecha Supreme, Sheba Williams, The Recloose Live Band, The Jonathan Crayford Trio as well as for his father – Sam Manzanza’s Rhythm Africa Band & countless other musical projects. Myele only started playing drum kit at age 14 but has been hand drumming traditional African rhythms with his father Sam Manzanza from a young age. “Growing up music and rhythm was all around me and I understood it from a very early age. Through my father I learnt the language of the drum probably at the same time as I learnt to talk! My dad was one of the first Africans to perform traditional African & High Life music live in New Zealand & he has been a tremendous influence & inspiration on my career as a musician.”says Myele. Since graduating from the New Zealand School Of Music with a Degree in Jazz performance in 2008, Myele has dutifully dedicated himself to learning the new discipline of digital music production. In 2010 Myele was the only New Zealander selected to participate in the Red Bull Music Academy in London where he picked up a wealth of knowledge & skill from the many other participants from all over the world and expert lecturers such as Flying Lotus, Roots Manuva, Cluster, Moodyman, Dr Peter Zinovieff and DJ Zinc. The rest of the year was spent living between Berlin & New York & touring with Electric Wire Hustle with laptop in hand. The fertile breeding ground of creativity of these cities provided the seeds of musical inspiration to put together his first album aptly titled ‘One’. Created primarily in Wellington, New York and Berlin in kitchens, bedrooms, hotel rooms, parks, balconies and backstage ‘One’ draws on many influences and experiences. Rooted in Myele’s musical “first language” of rhythm, the album also expresses his voice as a musician and producer outside of being a drummer which was a key motivation for Myele. “This album was a challenge to myself to broaden my own musical identity as a musician.”

outré black metal, with a Victory Over the Sun interview and music from Liturgy and Jute Gyte.